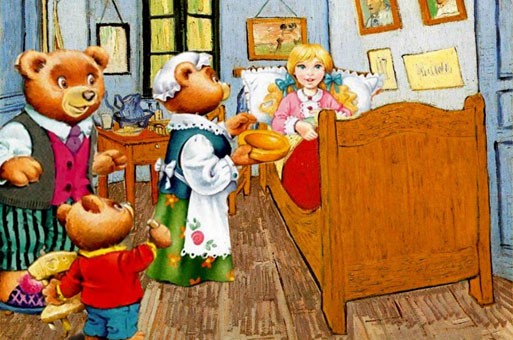 GOLDILOCKS AND THE BEARS

Share markets have certainly been in a Goldilocks type environment for the last couple of years and have performed strongly. So where are markets likely to be headed over the next 12 months? Will the share market continue to be not too hot and not too cold (and heading in the right direction for investors’ loving and affection according to that noted stock analyst Renee Geyer) or are there bears lurking and getting ready to spoil Goldilocks’ party.

In actual fact the question of where markets are headed in the next six months (or 12 months or 6.666 recurring months) is irrelevant to serious investors and should only be of interest to speculators. See below for more on what the serious investor should be doing in the current environment. The simple fact of the matter is that it is not for mere mortals like us to know where markets will be at some set time in the future. I put my crystal ball in for a service 23 years ago and it is yet to come back. As an aside if you read that someone is forecasting that the Australian All Ordinaries or the US S&P500 or Dow Jones will be at a certain level (usually a figure followed by three zeroes) by a certain date or that interest rates are going to be x% or that oil or gold prices are going to move and groove by so much you know one of two things. Either the forecaster is a fool because if they really had expertise they would not be silly enough to make such predictions. Or alternatively the forecaster knows this but works for a large investment institution that is expected by the general public to make very learned sounding forecasts about the future.

There has been a remarkable lack of volatility in share markets in recent times. The VIX index, which is a volatility measure, is at a 5 year low. This low volatility is a function of optimism and complacency and a growing apathy to risk. It is amazing how quickly people can forget. Periods of low volatility have never lasted historically and are inevitably followed by periods of heightened and frenzied price action. And when it does happen it always appears to come out of the blue.

Interest rates are at historic and arguably artificial lows as a result of central bank meddling (oops meant to say central bank managing must be a low grade keyboard) in the economy. The European Central Bank recently (in a world first) lowered official interest rates to minus 0.1%. Far out. While it may not happen in the near future interest rates will eventually rise again one day. And when they do boy watch out.

These low negative real (after inflation) interest rates have been a major cause of the rise in share markets. Investors have been getting pushed into shares (and property) and into taking higher risks (and often being unaware of the real risks) in order to chase yield as the return from cash and term deposits dwindles. This is a major reason why share markets have increased in value at a rate significantly higher than corporate profits. This is a trend that that just isn’t sustainable. It is interesting to note that despite continued historically low interest rates the Australian share market (as measured by the All Ordinaries) is no higher now than it was in October 2013. So why would shares stop rising without rates rising. Are shares are getting expensive?

The shorter term outlook in China is not as robust as it was with the talk about empty cities and there are suggestions that Chinese GDP and retail sales are being artificially boosted. For example retail sales are measured when goods leave the factory and not when they are purchased by the consumer! There is no doubting China’s long term potential but it would be most unusual (and a first in world economic history) for there to not be one or more significant setbacks within the long term trend. When the US was rapidly industrialising in the last quarter of the 19th century overall growth was strong but there were a number of severe relatively short lived recessions. Sooner or later one has to expect China to experience a recession. This potentially links to the profitability of companies in Australia with some like the miners being more directly impacted than other companies where the impact may be more indirect.

Is there any investment craziness happening out there? Internet and data shares (particularly in the US) are booming again (anyone getting dejavu from 1999/2000?). Amazon trades on a forecast 2014 PE Ratio of 266. Investors in America have just invested $1,000,000 into a business that has an app that does nothing else other than allow you to send the word “Yo” to your friends albeit with only two taps rather than the 11 taps required to send Yo via a rival app (is that what they call competitive advantage?). It reminds one of some of the stars of the last internet boom. For example NetJ which said in its prospectus that it conducted no substantial activity of any description and didn’t plan to do so in the foreseeable future. The shares were issued at $0.50, listed at $2.00 and went to $8.88 at the peak of the boom before perhaps unsurprisingly eventually going out of business. To that I say “Yo”. Then there was that internet stock that was going to sell online nutrition advice to pet owners dogsbreakfast.com. It is only in overheated markets that dubious investment propositions gain credibility.

Perhaps the most salient point is that it is very difficult at the moment to find decent value in Australian shares suggesting that quite a few companies are overvalued. This does not mean of course that they will fall in price in the shorter term. They may well become more overvalued and stay overvalued for quite some time before gravity sooner or later reasserts itself.

Unless one believes that bear markets have been repealed one has to consider how does one position one’s portfolio remembering that none of us know when the next market downturn will be? It could be in the next few months or it could still be two to three years away notwithstanding that some amber lights are flashing.

It really depends upon what your strategy is for the Australian share component of your portfolio. If you use a value strategy for your shares (see a previous blog Share Investing the Black Sabbath Approach at www.lifestylefstas.com.au) it becomes much easier to manage the inevitable risks and to be able to make sensible investment decisions with a reasonable degree of confidence. Given that it may be a time to be exercising some caution you should firstly be reviewing your portfolio with a view to, if necessary, reweighting your portfolio so that it is consistent with your asset allocation strategy. Then consider selling down those companies that do not have high quality ratings but have probably performed reasonably well in recent times in line with the market. As they say a rising tide lifts all boats but it is only when the tide goes out that we can see who has been swimming naked. Maybe we should have been at Sandy Bay for the Dark Mofo Swim to glean some investment insights. Many companies with high quality ratings are currently selling at prices above what appears to be a reasonable valuation. Care does need to be exercised when considering selling high quality businesses and I would suggest that these companies only be sold in full or part if the current price is well above fair valuation. It should be remembered that the long term objective for a share portfolio is not to pick when the market or individual companies go up and down in price but to have a portfolio of quality businesses that represent reasonable value and have the potential to increase in value over time. Regardless of the market cycles at some time the share price of a company will represent what is reasonable value although there may be long periods when the price appears quite divorced from reasonable value. As Benjamin Graham the father of value investing and the mentor for Warren Buffet said “In the short run, the market is a voting machine, but in the long run it is a weighing machine.”

So it may be an opportune time to review portfolio. If you own your shares through managed funds the job is a little more difficult but it still may be possible to get a feel for how many companies in the portfolio have high quality ratings and low quality ratings and for those stocks that represent and do not appear to represent reasonable value.

Time for me to promote myself again (does the writer have no shame I ask?). If you would like a review of your portfolio or if you don’t know which of your companies have high quality ratings and which don’t or you don’t know which companies are at prices that represent or do not represent reasonable value ask Lifestyle Financial to review your portfolio for you. Go to www.lifestylefstas.com.au.

Those darn bears are going to come home sooner or later and then Goldilocks will once again be fighting for her life. Are you prepared?