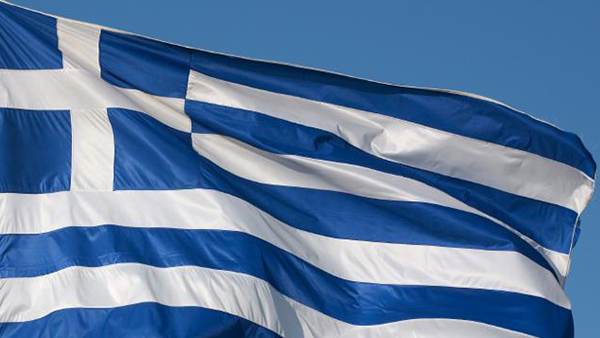 Reporting on the Greek default crisis has been escalating over the past year and has reached feverish levels in recent days. This and the falls in the Chinese stock markets have caused quite a degree of volatility in the Australian market in the last few weeks with quite a few days where the market is up or down over 1% and with an overall downward trend.

There is no doubt that this can be unsettling for investors. However you are not the only ones. An eminent (unnamed) market research firm allegedly polled the dogs as well as the humans. When asked how they found stockmarket life at the moment the dogs said “Ruff”. They also asked the horses (must have been related to Mr. Ed) would they currently invest in shares. To which the horses responded “Neigh”. Still not many dogs and horses have well defined robust share portfolio strategies.

Anyway moving on. So what is happening, what does it mean for your share portfolio and should you be doing anything about it?

Greece has just defaulted on a scheduled debt repayment to the IMF. The question is does this really matter? If you live in Greece or you are owed money by Greece clearly it does matter. If however you are an Australian share investor it probably doesn’t.

There have been and no doubt will be many more European finance ministers’ emergency meetings to try to decide what to do with their recalcitrant member. However the basic fact is that Greece is broke, has been for a long time and will not (because it cannot) repay its debts. And no amount of posturing is going to change this. All that the politicians can do is to try to kick the unholy mess further down the road. Which is what they have been doing and probably what they will continue to do.

In the global scheme of things Greece is a small economy. It represents just 0.3% of global GDP and 1.3% of European Union GDP. So if Greece defaults it isn’t going to have a major impact on the global economy and there will be minimal impact on the Australian economy.

What is potentially of more relevance is that maybe Greece is a canary in a coal mine. After all it’s not the only country to have high debt levels. In this corner we also have Spain, Italy, the US and Japan just to name a few. There is a fear of a crisis in confidence spreading to other indebted countries. Sovereign debt is at levels that look like telephone numbers with a $ or € or whatever other currency is relevant in front and the word billion (or trillion) after it.

But is this relevant to investors? In the short term the answer is yes because share prices rise and fall. And there is going to be another bear market one day with either this or something else being the catalyst. However crises in investment markets are regularly occurring events. As are the recoveries from them. And it’s always the current crisis that is the important one. The rest have been consigned to history and surprise surprise life went on.

If you are a long term investor with a robust investment strategy that results in you being able to make sensible investment decisions without having to try to pick what markets are going to do the current kerfuffle doesn’t matter. If anything it can provide opportunities such as selling shares that become significantly overvalued and buying shares when they become undervalued. The performance of the particular business in which you are invested is what matters over time not what happens in markets. In the June blog “Saying Moo to Thematic Investing” the long term performance of a number of different stocks was compared with some big differences in performance over time. Yet all of these stocks were in the same market which was rising some of the time and falling some of the time.

So if you are invested in stocks that represent high quality businesses with favourable prospects and you paid a rational (not overvalued) price you should over time get good results. This does not mean that there won’t be periods sometimes extended when the value of your stocks falls. It does mean that these stocks are much more likely to recover after market downturns and are also much more likely to maintain dividends. So what you do during a downturn is hold your quality stocks and say Έτσι είναι η ζωή στο χρηματιστήριο”.

Shares that represent businesses that are either low quality, don’t have favourable prospects or are significantly overvalued may not necessarily recover. So if you are invested in these stocks (there are many in today’s market including quite a few so called blue chips) then watch out. Now is not the time to have these stocks in your portfolio.

In breaking news the Greek Economic Ministry has announced the suspension of the production of tzatziki and hommus in order to prevent a double dip recession.

For more information on share investment go to our webpage.