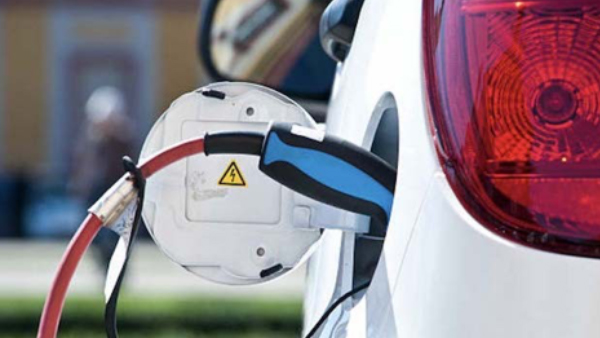 Positioning for an Electric Vehicle Future

My compliments for the festive season. Here is wishing you a happy xmas and a merry and prosperous new year.

We are approaching the time for our annual reunion with the big red jolly fellow. So far 2017 has been a benign year for investors with the All Ordinaries index up 5% from January. And there have been dividends on top of that. The US S&P500 is up a most respectable 16%. The bull market grinds on. Asset prices remain elevated and there is significant risk in sharemarkets however these risks have been present for a couple of years now so performance this year shows that its not possible to pick when the next bear market will eventuate. All we can do is position our portfolios so that when the next downturn happens we can take advantage of the buying opportunities that are likely to arise.

There have been hotspots in our market. Medicinal cannabis stocks are for want of a better expression on a high. Notwithstanding that a farmer commented to me that he could supply the entire expected Australian market with one ten acre paddock. Lithium stocks (because of their use as a raw material for batteries in electric cars) are moving and grooving. Does this mean that lithium stocks are a major investment opportunity? Or is it another boom that is going to bust? Christmas presents or Christmas scrooge?

Following is an article published by and included here with the kind permission of Montgomery Investment Management that discusses the potential and risks for lithium shares given the expected development of electric cars.

POSITIONING FOR AN ELECTRIC VEHICLE FUTURE

As we have written previously, it seems reasonable to expect that the rate of adoption of electric vehicles (EVs) will increase markedly in years to come. Within a handful of years, it is thought that advancing technology will make EVs competitive with internal combustion engine (ICE) vehicles on a lifecycle cost basis, and at that point they should start to become a meaningful fraction of total vehicle sales. Looking further, due to their very low operating costs, EVs lend themselves to Transport as a Service (TaaS) applications, and the use of autonomous electric vehicles in these applications has the potential to offer dramatically lower transport costs compared with current alternatives.

Given these developing themes, it is natural to consider how an investor might position themselves to benefit.  On the face of it, a very appealing story can be constructed around investing in things for which EV adoption should drive increasing demand.  In Australia, an obvious candidate would be to invest in companies that will provide the raw materials needed to produce batteries for the growing EV fleet.

However, while people are naturally attracted to a narrative like this, it is important to recognise that a simple narrative often falls short when it comes to building a convincing investment thesis.  To be fair, if you were among the first to recognise that EVs were going to play a large role in the future of transport, then at that time you would have held an investable insight.  However, being early to identify an emerging trend is a genuine feat of insight, and by the time the trend is apparent to a large section of the investing universe, the opportunity may have already run its course.
When this happens, it’s important to be a little wary of the simple narrative, and to consider whether it contains real insight that hasn’t already been incorporated into asset prices.  Let’s explore some of the issues using the example of electric vehicle battery raw materials.

By way of background, today’s electric vehicle battery technology is focused on a lithium-ion chemistry.  These batteries have three main components:
• a cathode, which typically contains lithium, but in varying combinations with nickel, cobalt and/or manganese, with different manufacturers focusing on different formulations;
• an electrolyte, which contains lithium salts; and
• an anode, typically made of graphite.

So, there are a few raw materials candidates need to consider, but the ones that are important in most of today’s lithium-ion batteries are lithium (commonly supplied in the form of lithium carbonate) and graphite. Different types of lithium-ion battery use different amounts of each commodity, but with an estimated 30 per cent+ of lithium production already finding its way into batteries, this is clearly an important part of the total demand picture for lithium. For graphite, the numbers are less dramatic, with less than 20 per cent of graphite production estimated to go to battery applications, but clearly with potential for this percentage to grow over time.

On the face of it then, growing demand for EVs should drive growing demand for these commodities and, all else being equal, good returns for the producers of these commodities.  However, there are a few places in which this thesis could come unstuck.
The first is the potential for a supply response. A period of high prices and strong returns for a commodity typically encourages investment in new supply which drives prices and returns back to more normal levels.  In the near term, some industry participants are pointing to an inadequate supply response based on an assessment of new projects currently planned to come into production, and that is certainly a positive, but for how long might this be sustained?

It would be helpful for the thesis if there were significant obstacles to increasing production. For example, if reserves of lithium and graphite were scarce, and large amounts of capital and complex infrastructure were needed to bring them into production, that would clearly hinder the supply response to the benefit of incumbents.

However, in the case of both lithium and graphite, it is not clear that any of these obstacles present major challenges.  Compared with ‘bulk’ commodities like iron ore, lithium and graphite have a high value per tonne, which makes production and logistics less challenging, and neither is particularly scarce. A fun fact about lithium is that it can be extracted from sea water (although other sources are generally cheaper).

Over time then, it seems likely that high prices for these materials should encourage a supply response that will bring prices back down and drive returns towards the cost of capital. It is difficult to forecast the timing of this, but it is important to have a view on it.  A company valuation typically rests heavily on cashflows that will be received more than 5-10 years down the track, and the outlook for these more distant cashflows needs to be considered with some care.

There is another way in which our investment thesis could come unstuck, and that relates to changes in battery technology. For example, last year, Elon Musk of Tesla responded to a question about lithium supply by saying:
“Our cells should be called Nickel-Graphite, because primarily the cathode is nickel and the anode side is graphite with silicon oxide… [there’s] a little bit of lithium in there, but it’s like the salt on the salad.”
In other words, Tesla doesn’t expect to consume a great deal of lithium given its choice of battery design. If lithium prices should be sustained at high levels for an extended period, it doesn’t take much imagination to see other manufacturers also moving to battery designs that avoid lithium. In other words, as well as a supply response, there is scope for a demand response to bring high commodity prices back to more comfortable levels for end users.  Given that raw materials make up a significant part of total battery costs, manufacturers will be keen to get this right.

The demand issue goes further than this.  Continued technological development directed at battery efficiency could have dramatic impacts.  For example, graphite is not necessarily the best anode material to use in a lithium-ion battery.  In theory, silicon anodes offer an energy capacity ten times that of graphite anodes, but to date, practical problems of expansion and cracking have prevented their widespread adoption. As you might expect, researchers are working hard on solving these problems, and if these efforts are successful, the demand picture for graphite could change significantly. Further, this is only one of many avenues of battery research that may give rise to different battery chemistries to the ones we see today.
To pull all of this together, there is without doubt an intuitively appealing narrative about growing demand for raw materials like lithium and graphite as EVs become more widely adopted, and the same can be said for other materials like nickel, cobalt and manganese.  However, that narrative should not be confused with a well-considered investment thesis.

The latter requires a critical assessment of future supply and demand dynamics, and how these play into commodity prices and valuations. The bad news is that in this case, that is very difficult to get right. Supply and demand dynamics are unpredictable at the best of times, and in this case the challenge is compounded by evolving technology.  Faced with these types of uncertainties, the right response could be to put your hand up and “too hard”.

The good news is that you don’t have to solve every problem the equity market throws at you to be successful.  If the future of one part of the market is inherently unknowable, and your knowledge and skill afford you some insight into another part of the market, then focus your attention there instead.

You can still put money into the battery raw materials theme if so inclined, but do it with the knowledge that this is maybe more speculation than investment.

Tim joined Montgomery as Head of Research and Portfolio Manager of The Montgomery Fund in July 2012. Prior to this, Tim was an Executive Director in the corporate advisory division of Gresham Partners, where he worked for 17 years. Before joining Gresham Partners, Tim worked for McKinsey & Company for four years, where he was involved in strategic consulting in both Australia and Denmark.