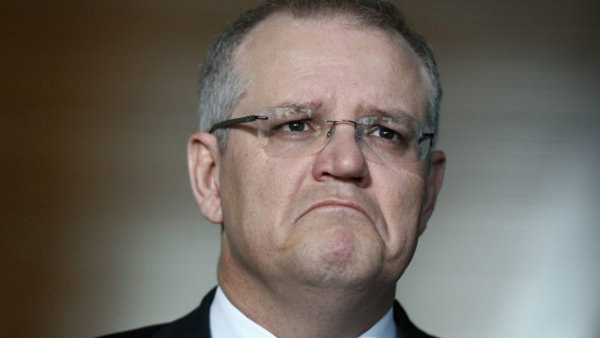 They really can’t resist meddling with superannuation for too long. After a number of years with relatively few changes, the ten-year itch has struck with the 2016 Federal Budget proposing a number of significant changes.

You ought to be ashamed.

How could you treat me so damn bad?

You know she sold her soul to the devil.

Roy then launches into an extended classic slow blues guitar solo which we can enjoy while contemplating the changes to super. If Roy was an Australian superannuant these lyrics could have been about Sco-Mo and his budget. Well, one gets that impression reading the post-budget commentary on the changes. However when one looks more closely the impact on most investors is not going to be anywhere near the end of civilisation as we know it.

With the exception of the changes to the limits on non-concessional superannuation contributions the proposed changes will not be effective until 1 July 2017. Which means there is no need to panic, take fright or get uptight because there will be plenty of time to review superannuation strategy and implement any necessary changes. In any case, these are proposals and not legislation. Between now and when the proposed changes become effective there is an election (Libs could lose or there is a Senate which as part of the compromise process wants changes to the proposals). Lobbying may result in changes. In any case with legislation and any supporting regulations, the devil is usually in the detail so making any changes should be deferred until there is legislation.

So briefly what are the most significant changes and what are some of the potential implications?

Both concessional (tax deductible, salary sacrifice and other employer contributions) and non-concessional (non–tax-deductible) contributions will be able to be made until age 75 and will be tax deductible (at your option) up to the new limit of $25,000 per annum regardless of work status, race, gender, social class, religious views, sexuality or bigotry. Tax deductible super for everyone. Democracy in action. But not if you are 75 or over. Do I detect age discrimination? Where is the political correctness brigade when you need them? For many investors, this will open up new planning possibilities (particularly for retirees) notwithstanding that the maximum tax deductible limit will be reduced from the current limits (depending on your age) of $30,000 and 35,000.

Non-concessional (no tax deduction claimed) contributions will be subject to a lifetime limit from 1 July 2006 (and that isn’t a typo it is 2006) of $500,000. If this proposal becomes legislation it will be effective from budget night. By backdating to 2006 Sco-Mo is breaking new ground here by introducing the principle of retrospective to superannuation. If you have made non-concessional contributions since 2006 of more than $500,000 in total you will not be regarded as having exceeded this limit, however, no more for you in this lifetime and you will have to wait until your next one. Or until the rules change again of course. We can probably give the last rites in most circumstances to the popular recontribution strategy whereby potential tax benefits were gained by withdrawing money from super and paying it back in again.

There is going to be a lifetime limit of $1,600,000 on super assets transferred from the accumulation or paying in a phase of super (super fund earnings taxed at 15%) to the pension or paying out phase of super (super fund earnings taxed at 0%). If you exceed this limit there will be the extra tax to pay. More controversially investors with balances of more than $1,600,000 in pension phase come 1 July 2017 will need to either remove the excess from pension phase super or pay additional tax. Now that really is retrospectivity baby. The illegitimates.

Clearly many investors with superannuation are going to need to review their strategies and where necessary make changes. There are likely to be a number of planning alternatives some new some old. While it is beyond the scope of this blog to go into detail a useful starting point is to think of your investment assets as potentially being in one or more of three pools. The first of these is super in pension phase. If the investor is over 60 this will continue to be tax-free up to $1,600,000. The next pool is to invest outside of super i.e. personally. After throwing in a few glamorous sounding tax offsets like the Seniors and Pensioners Tax Offset and the Low Income Tax Offset every investor over 65 will effectively pay no tax (maybe some Medicare Levy) on investment earnings up to about $29,000 per annum (if one-half of a couple it’s a bit higher if you are single). If you are earning 5% income on your investments this means you can invest $580,000 and pay no tax. If your income is higher (think grossed up franked dividends) the capital amount needs to be reduced and if lower (term deposit interest) the capital amount can be increased. You will potentially be subject to capital gains tax however if you are fortunate enough to have largely realised capital gains hey you (if under 75) will be able to make a tax-deductible super contribution (up to $25,000) to limit the effective tax rate on the first $50,000 of capital gains in a year to 15%. So each individual investor will be able to maybe have $2,180,000 in a very low tax environment. For a couple, this means $4,360,000 combined. And if you have investment assets over $4,360,000 you can always transfer funds back to accumulation super and pay 15% tax on superannuation fund earnings. To take my typical client with a super portfolio of $10,000,000 (in my dreams) the average tax rate on investment earnings of 5% may be just above 8%. So while there will be the tax to be paid these investors are hardly looking at soup kitchens. This is still a highly concessional rate of tax particularly considering that the average Joe Blow on Struggle Street with a mortgage and maybe offspring to rear starts paying tax at a marginal rate of 34.5% including Medicare Levy when taxable income exceeds $37,000 per annum.

Super is likely to continue to be a highly tax effective strategy (albeit that needs to be reviewed each time the government changes the rules). For any investors interested in how the proposed changes will specifically impact on them strategy reports are available from Lifestyle FS. Go to www.lifestylefstas.com.au for more information.