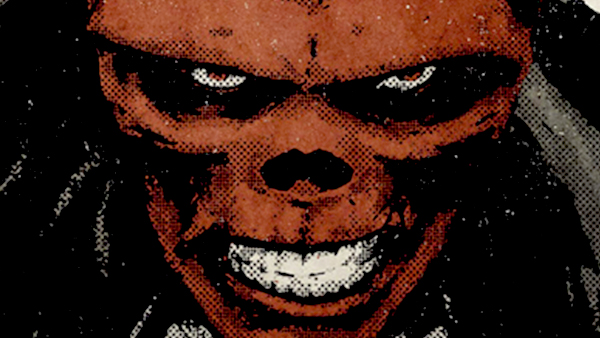 Time for capitalist education again. Since the last blog the All Ordinaries index has increased 5% and is up 10% since the February blog. Wow, it must either be a bull market or a short covering rally.

Short selling is a controversial practice and one that has been on the rise in recent years. Many high profile companies (Australian and overseas) have been the focus of aggressive shorting campaigns.

So what is short selling? It’s when an institution (it’s mainly institutions rather than individuals) sells shares that it doesn’t own in the belief that the share price will fall so that the shares can be bought back at a lower price thus making a profit. When anyone sells shares one has to settle the transaction by delivering the shares (via their broker) to the buyer. This means that a short seller has to borrow the shares (paying a borrowing fee) from someone who already owns the shares in order to be able to settle the transaction. In Australia, this usually involves borrowing shares from some of the larger superannuation funds. Short selling is, however, a risky strategy because if the price of the stock being shorted rises the short seller will have to buy back the shares at a higher price in order to repay them to the stock lender and thus making a loss. And if a stock has been heavily shorted and all the short sellers decide to buy back at the same time there can be quite explosive price increases. This is not a strategy for the faint hearted. Nor is it a strategy for conservative long-term value investors.

Important to this growing trend in Australia are those large super funds (both institutional and industry funds that do most of the stock lending at cash rates) to the short sellers. What a business they get fees both from their members and from short sellers. The incentive for some super funds is that they measure their performance by comparison to the relevant share index so if they match the index and get an additional fee from lending stock they can outperform the index. And this is regardless of the fact that their lending will most likely in the shorter term (but not necessarily in the longer term) suppress their returns because of selling by the short sellers. However for some funds, the goal is outperformance of an index, not total performance.

While short selling has no impact on the underlying value of the stock being sold it, particularly in the shorter term, does impact on the share price thus increasing price volatility (downwards when they sell and upwards when they have to buy the shares back so that they can be repaid to the lender).  There was significant short selling in BHP and Rio which goes part of the way to explaining their recent price movements. The deteriorating outlook for iron ore prices was also a very relevant factor I hasten to add. In the last year, BHP has fallen from about $33 a year ago to a low of $14.20 in January this year before increasing to $21.00 in April (that’s a 50% price increase in 3 months and is an out and out far out). RIO has fallen from $59.90 a year ago to a low of $37.00 early February before increasing to $52.50 in April (a 40% increase). Man, that is what I call price volatility. Oh to have the crystal ball. I put mine in for a service over thirty years ago and it hasn’t yet come back. In the absence of the crystal ball, we are going to have to do more boring and much more time-consuming stuff like actually analysing and researching stocks. Does anyone really think the underlying value of BHP and Rio increased by that much in three months? A more likely explanation is that with the unexpected short term rise in the iron ore price the short sellers had to rapidly buy so that they could repay the shares to the lender before profits were eroded or worse actual losses were incurred.

Financially weak and overvalued stocks are more likely to attract short selling than strong businesses. Nevertheless many larger companies in Australia attract some short selling as a short term punt on the share’s price direction i.e. betting that price will go down. So if short selling increases in a stock it could indicate problems with the company such as Metcash, Myer, Primary Healthcare, Santos and Dick Smith. If there are no significant negative issues with the stock i.e. it is high quality and has favourable prospects short selling can actually create opportunities for value investors by making the stock available to buy at an undervalued price that may not otherwise have been available. It’s why we need to know beforehand which stocks we would like to own and at what price. An opportunity to buy a high-quality business with favourable prospects at a rational price may only happen occasionally and may only be there for a short period of time. Until the shorts have to cover maybe.

All well and good. How is this relevant to value investors who buy high-quality shares with favourable long-term prospects at a rational price? The positive is that it is likely to give patient investors opportunities from time to time. After all, a lower price as a result of short selling has no impact on the underlying value of a stock. The neutral is that over the longer term there is little evidence that short selling has a positive or negative impact on share prices because ultimately it’s how a business performs that is the most important factor. As Benjamin Graham (the original stock market guru) said in the shorter term a stock market is a voting machine (including the votes of the short sellers) whereas in the longer term it’s a weighing machine i.e. share prices over the longer term will reflect the underlying value of the business. The negative is that short selling can have a major short-term impact on share prices and almost certainly increases short-term price volatility. That’s assuming that volatility is a negative of course because it can actually work to the advantage of disciplined value investors over time.

So for some profound insights. Short selling can be a dangerous business from the short seller’s point of view because they could lose their shirts. Warren Buffett said it was dangerous to short America i.e. long term one shouldn’t take a negative view on America. After all the business of America is business. And in Australia in the particular context of Home and Away the business of Summer Bay is everybody else’s.

If you have managed to get this far and are still showing enthusiasm you can read previous blogs at www.lifestylefstas.com.au