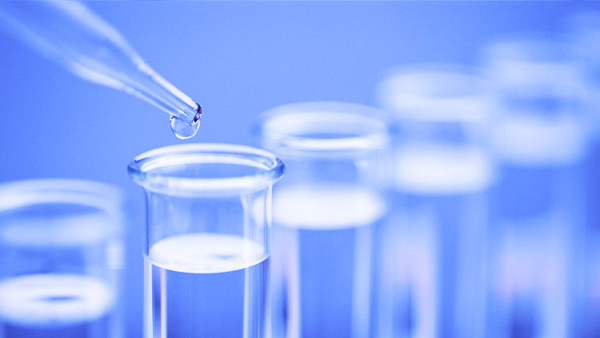 The All Ordinaries is currently trading at 5210 which is up 6.5% since the last blog. Annualised this is 88% per annum. Far out it must be a bull market. Basically the market is still volatile. I wonder where it’s going next. Still that is not for mere mortals like us to know. In any case it’s up one month and down the next.

Of course if we use the value approach to investing in shares we don’t need to know. Provided investment is restricted to stocks that are high quality, have favourable longer term prospects and are bought at a rational price longer term portfolio returns will be sound.

Health care stocks are well represented in the Australian market and, as a whole, have favourable prospects with the aging of the population. Today we will subject the pathology sector to for want of a better expression an investment pathology test. With the aging of the population and the ever increasing number of tests that can be conducted to determine what a health issue is or as part of preventative screening one would think that pathology is an almost guaranteed path to share success. In the Australian market we have Sonic Healthcare (SHL) and Primary Health Care (PRY). Healthscope (HSO) had substantial pathology operations but has recently divested its Australian pathology division because of underperformance although it still has a New Zealand pathology business as well as its private hospitals.

So how well do SHL and PRY stand up to testing on our criteria of wanting quality businesses with favourable prospects at a rational price? The figures for SHL and PRY are:

Both SHL and PRY have medium quality ratings. SHL has an acceptable (but nothing to write home about) ROE or profitability of 14%. PRY’s ROE is woeful. For all of the risks of running a complex business they don’t even earn double the rate of return that could be obtained by investing in a term deposit!! Profitability or having a reasonable ROE is an essential part of determining whether a business is high quality or not.

Are their prospects favourable? There is certainly likely to be increasing demand for their services and both businesses have scale but their potential value is offset by the power of a dominant payer i.e. the government through Medicare. The government is seeking to reduce growth in health care expenditure by removing a bulk billing incentive currently received by pathology providers. In other words with the government seeking to reduce growth in health care expenditure the government is effectively cutting the pay for SHL and PRY. The government wants the pathology companies to absorb the cuts whereas SHL and PRY want to pass them on with higher prices. So prospects for SHL and PRY may not be as favourable as one would initially think. Note that SHL is less exposed to this than PRY because they have substantial overseas operations.

If we look at estimated values for SHL and PRY (which is based on profits, profitability and dividends) the price for PRY only appears rational if one is a seller. SHL at current prices is probably modestly overvalued. So while you wouldn’t necessarily be selling them investors buying SHL at the current price are not getting a bargain. And because pathology is a reasonable steady kind of business there is a good chance that the above earnings per share estimates will be achieved which means that there is quite a good chance of the above estimated values being ball park. Which is good if the share price is below these estimated values but is not good if share prices are above estimated values. It’s like trying to get a reasonable return with one hand tied behind your back.

It is interesting to look at the historic performance for SHL and PRY. Over ten years the SHL share price has increased from $15.58 to $17.70 which means that SHL despite its reputation as a blue chip has produced minimal growth. Estimated grossed up dividend yield is 5.1% so returns have been ok without being fantastic. The share price for PRY over the last ten years has declined from $11.71 to $3.51. Even allowing for the estimated grossed dividend of 4.5% long term PRY shareholders have experienced significant negative returns.

So at least with SHL and PRY there has been a strong long term correlation between business quality, long term prospects and rational prices and the investment performance of these stocks. And this is despite both companies being in an industry that at first blush appears to have favourable prospects.

Which is why when we buy shares we are likely to get better results over time if we drill down beyond initial impressions to those stocks that are high quality (including having a high ROE), have favourable prospects and are bought at a rational price. There will always be exceptions but if you are consistent in your approach probabilities will work in your favour over time. More detailed discussion on these criteria is in previous blogs at www.lifestylefstas.com.au.

That’s enough of a pathological look at pathology stocks for today. If anyone would like a stock or sector to be discussed in the framework (sort of a share investment pathology test I guess) of business quality, favourable prospects and rational price email me and I will consider for future blogs.