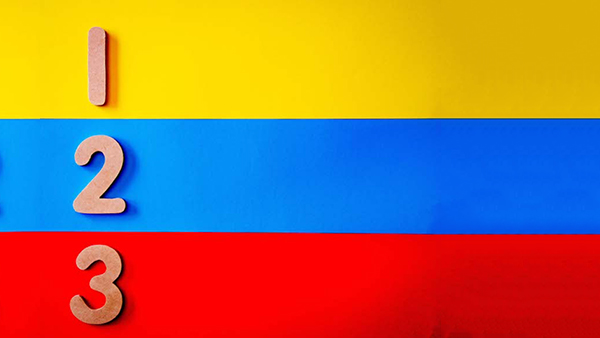 Three Sectors That Could Struggle In The Year

Despite some volatility, sharemarkets continue to move ahead despite as always there being plenty of things one can worry about if one chooses to worry. So far this (calendar) year the US S&P500 has increased 6.5% and the ASX200 has increased 1.5% plus dividends. It may be that the rate of increase is slowing notwithstanding a generally good profit reporting season (although it can all change tomorrow of course). Still it’s better than a poke in the eye with a burnt stick. And it’s still hard to find shares to buy that are high-quality businesses, have favourable longer-term prospects and can be bought at a reasonable price. Lifestyle clients haven’t been getting their inbox deluged with buy recommendations of recent times. No risk there in me being regarded as a spammer. Still, things will change one way or another sooner or later. Patience is an absolute virtue when it comes to investing.

There are some signs that some underlying conditions may be softening. Following is an article published by and included here with the kind permission of Montgomery Investment Management that discusses three sectors where the outlook may be changing.

THREE SECTORS THAT COULD STRUGGLE IN THE YEAR

Reporting season has produced some terrific results, with the combined earnings per share of companies reporting rising by almost 9 percent.  But a note of caution: it’s also highlighted that the road ahead could get bumpy for three key sectors of the economy.

While FY2018 results were generally better than expected, those results look backward. The guidance for next year was softer. In fact, according to our friends at UBS, negative FY2019 revisions outweighed positive revisions by almost three-to-one. Consequently, analysts now expect earnings per share growth to be slower in 2019 than it was in 2018.

Perhaps the most troublesome theme that emerged early in reporting season was a combination of announcements and statements from the Commonwealth Bank of Australia, Mirvac, AGL and Genworth.

Together, their results provided anecdotal evidence that the situation for property investors and perhaps retailers is going to get tougher.

Genworth is one of Australia’s largest mortgage insurers. When a property buyer provides a very small deposit, the bank will insist mortgage insurance is taken out by the borrower.  Genworth effectively covers the banks for the risk of non-performance by borrowers.

And while it was off a very low base, Genworth reported a rise in delinquencies in each state of Australia.

Then, in the Commonwealth Bank’s results, CEO Matt Comyn noted home loan growth had fallen to just 2 percent adding that he expected arrears to rise over the next few years as more borrowers on interest-only loans were moved across to principal and interest loans – something we have been warning about for several years.

The peak of interest-only loans was written in 2015 – about $159 billion of interest-only loans – and many of these will need to be refinanced in 2020.  These loans have higher repayment requirements for the borrower and lower margins for the banks, ensuring that consumers will be under more financial pressure as will profit growth and profit margins for the banks. Perhaps it should come as no surprise that Westpac recently raised rates by 14 basis points for some mortgages.

It’s also important to remember that consumption could be further impacted by the negative wealth effect from falling property prices.

And keep in mind that the CBA also noted in their results presentation that personal loan and credit card arrears have also risen significantly since the start of the year.

Reinforcing the possibility of a more challenging consumer backdrop is any evidence that contractors and builders in the construction industry – the third largest employer in Australia – have less work on. When Mirvac reported its results, we received precisely that evidence.

Mirvac shocked the market with 2019 guidance that residential sales will be substantially lower than last year at 2,500 versus 3,277 in FY2018. That’s a 24 percent volume decline.

Combining all of the above with the reported rise in the number of Melbourne developers falling into the hands of administrators, and then adding AGL’s reporting of a 22 per cent jump in bad and doubtful debts (people unable to pay their utilities bill) we wonder whether less work for building contractors, such as chippies and plumbers in the year ahead, and weaker consumer activity overall, will remain a dark cloud over the economy and particularly the investment returns for shareholders in banks, retailers and builders.