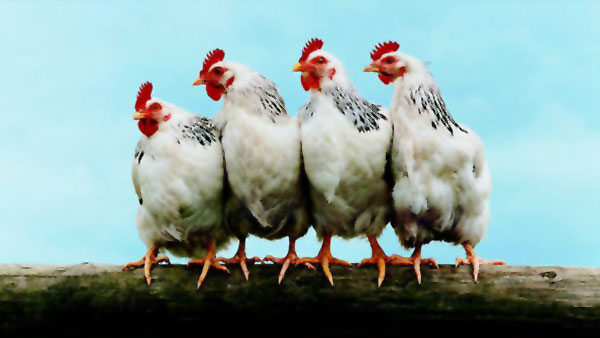 One of the current market darlings (well until very recently anyway) TPG Telecom (TPM) announced their full year to 31 July profit on 20 September 2016. Sales were up 88%, net underlying profit was up 46%, earnings per share (profit per share) was up 39% and dividends were up 17%. So how do you think the market reacted? The share price fell 27% from $11.85 to $8.70 over two days. Far out. Is that logical? What chance does an investor have? Every chance if one is disciplined and consistent in one’s investment strategy.

In actual fact the share price reaction was not as illogical as it prima facie appeared. It was caused by two separate but linked factors. One which was obvious (at least as far as anything is obvious when contemplating the future) before TPM announced their profit result and the other not so obvious. The not so obvious factor was the potential for the NBN to significantly erode the future profitability of internet service providers.

The longer term negative impact of the new broadband world that will be dominated by NBN (it will virtually have a monopoly because every internet service provider will have to use the NBN network) is that it is estimated that NBN will have to charge internet service providers like TPM, Vocus, Telstra and others about four times what is currently being charged to fully recover and earn a modest profit on the capital cost of installing NBN (only the government would have done it). There is a real risk that NBN costs for TPM et al are going to rise faster than what the consumer is charged (or prepared to pay) for their internet. Which means potentially lower (than would otherwise have been the case) profit margins, profitability, dividends and fair value for internet service providers. Continued and increasing demand for internet is likely to offset some of the impact for the internet service providers nevertheless there is now increased uncertainty with the longer term outlook. Dividends are still forecast to increase although there is now more uncertainty around this in particular around how fast dividends will grow.

It probably also means higher internet costs for us as consumers over time too. Australians appear quite unlikely to have low cost high speed internet over time if the government insists on recovering its costs in setting up the NBN network. This may not happen of course and the government has stated (since the reaction to the TPM profit result) that NBN fees (to the internet service providers which will if possible be passed on to the consumer) are not set in stone and will be reduced. Nevertheless, there is now substantially increased uncertainty as to the future profitability for internet service providers. Which means estimated future values and dividends for these companies is also now more uncertain notwithstanding that demand for internet is highly likely to continue to increase.

The more obvious factor was that TPM appeared overvalued (without allowing for higher NBN fees) notwithstanding their excellent track record (see Table 2 in the September 2016 blog “Investing For Income, Blue Chips and Risk”), the quality of the business and the favourable longer term prospects. Generally, investment in shares should be restricted to those shares that are good quality, have favourable prospects and can be bought at a rational (not overvalued) price. See the November 2015 blog “The Eternal Caravan of Value Reincarnation” for more detail.

In practice, you should only invest where the price is at a reasonable discount to what is the estimated future value. This provides some protection against unexpected risks popping up such as in TPM’s case the threat to future profitability from NBN access costs, There are always some risks with shares with some less apparent than others. By focusing on valuation as well as quality and prospects one reduces (but does not eliminate) the chances of getting poor results. If, however, one consistently restricts investment to shares that have quality, favourable prospects and are bought at a rational price there are going to be more good experiences than poor experiences. TPM was priced for perfection which means if there was a glitch (as has happened) the reaction is swift and savage. As a cautionary note some of the stocks in Table 2 in the September blog appear overvalued. But not all.

So how does TPM at a lower price stack up as an investment?

TPM still appears to be a reasonable quality business with reasonable longer term prospects. Is the reduced price rational or undervalued?

Forecast earnings, dividends and estimated future values are as follows:

There is now greater uncertainty with these forecasts which means that one needs an increased discount to estimated future value to compensate for this uncertainty. If forecast earnings and dividends are revised down in the future then estimated fair value will also be reduced down. And the converse is also true of course if future earnings and dividends are higher than forecast. Ah for the crystal ball.
It should be noted that this blog contains no recommendations it is just providing information. You should seek advice if you are considering buying or selling any of these stocks. If you would like to discuss any of the stocks in this blog you are welcome to do so. Contact details are at www.lifestylefstas.com.au