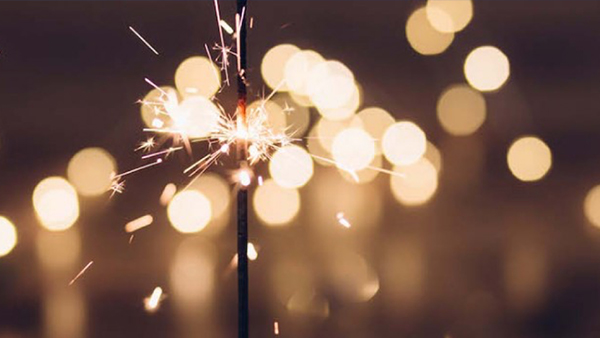 Another new financial year and capitalism grinds on. 2017 was a good year for the Australian share market with returns of about 13%. The ASX200 closed at 5722 on June 30, 2017, which compares with 5142 as at June 30, 2016. Although it pays to carefully select the period when looking at returns because it closed at 5983 on 27 April 2015. So it’s been up and down but mainly sideways for the last couple of years. However, as always, it’s the individual stocks that you own that matters. And there have been plenty that has performed poorly and some that have performed much better than the market. To improve our chances of having shares in the latter category we want to invest in businesses that are high quality, have favourable prospects and can be bought at a price that represents good value although finding good value can be a challenge in the current market. Nevertheless if one is patient something comes along sooner or later.

Anyway, 2017 is now history (and crystal clear) and it’s the future (murky as always) that is important. So what are some of the current investment themes in Australia as we head into 2018? This month’s blog is an article published by and included here with the kind permission of Montgomery Investment Management. It gives a succinct summary of the current state of play in investment markets. For excellent investment insights Montgomery Investment Management writes a daily blog at www.rogermontgomery.com

With the 2018 financial year underway, it’s worth examining the forces that could determine whether the Australian stock market repeats it’s circa 13% return of 2017.

For those with less patience the executive summary goes something like this; valuations remain relatively stretched across the broader universe of high quality companies – typically this limits future returns – and this is occurring at a time when the prospects for many domestically-focused businesses give cause to be less sanguine. Rising non-discretionary household costs combined with weak wages growth leaves less discretionary spending capacity. As such, discretionary retailers and product manufacturers are vulnerable to weakening demand.

Fuelled by the speculative bubble in residential property, rising household debt levels combined with a falling savings ratio have provided households with the flexibility to maintain their consumption levels until now. Debt must reach a ceiling and the process of deleveraging includes reduced consumption and regulatory or prudential responses. Should the pendulum swing towards parsimony, it will do so at the same time that the real economy has to deal with the imbalances associated with rapid house price inflation, including residential construction over-activity.

Another source of structural weakness stems from very low wage growth – much lower than inflation.  And given that weak business confidence is producing excess labour supply and a high level of under employment, wage growth is unlikely to come to the rescue of highly indebted households.

Many, if not most, interest-only mortgages revert to principle and interest (P&I) after five years. Customers who reach the end of their first term will then need to refinance their mortgage for another five years and many will only be able to afford interest only mortgage repayments. But the introduction of a 30% cap on the proportion of new mortgages that can be written by banks as interest-only from 1 July 2017, will force some households to begin to repay principal on top of their interest payments.  This could represent an increase in repayments of as much as 40%.  And that will occur even without an increase in interest rates. Additionally, the households that are less likely to be able to refinance their mortgages to gain the benefit of another interest only period are more likely to be those that are already financially stressed.

For those that are able to refinance a new five year interest-only mortgage, we believe they will have to do so at a rising cost relative to the RBA’s official overnight interest rate. This is because the banks use pricing to 1) allocate the limited amount of new interest-only mortgages product capacity, and 2) to offset likely increases to risk weights on more vulnerable mortgages such as investment property mortgages that are dependent on rental revenue to meet serviceability requirements.

Record debt combined with rising rate charges will have a material impact on discretionary spending by households. According to the recent National Census, 34.5% of households have a mortgage while 11% have one or more investment property mortgages.

The RBA’s 2014 breakdown of household debt by income and age provides some clues on which demographics will be more exposed to rising rates, and growth in debt has been the most significant in the 35-44 year old, 45-54 year old and more recently, the 55-64 year old demographics.

Significant increases in household utility prices will add to household stress. The closure of the Hazelwood power station has started the process of progressive closures of base load coal power plants. When combined with rising spot gas prices on the East Coast, energy costs have risen substantially over the last six months. As of June, higher wholesale electricity prices were being reflected in higher retail price with increases of 20 to 30 per cent not uncommon.

In addition to its impact on consumers’ wallets, rising power prices will also have an impact on domestic business profitability. This will be more significant for energy-intensive business, for example, large scale manufacturers and miners, squeezing margins and/or forcing price increases.

It is during these periods of cost pressure that a focus on investing in high-quality companies with pricing power becomes paramount.

The final headwind that is likely to materialise in the 2017/18 financial year is a downturn in residential construction. Growth in this sector has supported economic growth, taking the mantle from mining investment following the end of the resources boom. The recent downturn in residential building approvals data however, indicates that in six to nine months, residential construction is likely to begin to slow and turn negative toward the end of calendar 2017, turning an economic tailwind into a headwind.

Slowing residential construction activity is clearly a negative for building materials companies. The construction sector is also labour intensive with flow-on effects to other industries.

It should be noted that this blog contains no recommendations it is just providing information and comment. You should seek advice if you are considering buying or selling any investments. If you would like to discuss with me anything in this blog you are welcome to do so. Contact details are at www.lifestylefstas.com.au.