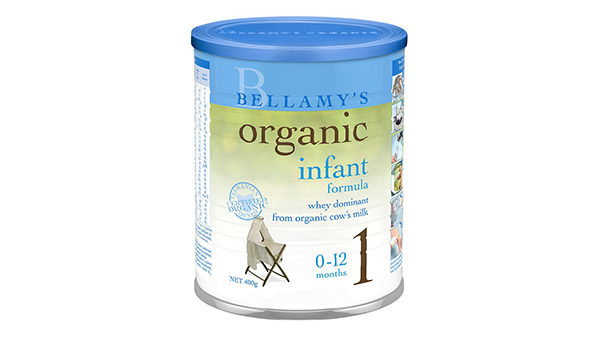 Welcome back to a new year. We have bushfires and floods and that darn market continues to misbehave. Otherwise ok. Still as we know what happens in the market is irrelevant longer term. It’s how the stocks that you own perform as businesses that matters. If they are high quality, have favourable prospects and have been bought at a rational price and the business performs as expected there is the potential for sound results over time.

Today we will have a look at two companies that, despite the performance of the overall market, have performed very well indeed these being Bellamy’s Australia (BAL) and Blackmores (BKL).

So given that BAL has fallen in price by 25% and BKL has come back from its peak by 20% are these shares now worth considering as investments. There is no doubt that there is a good (and real) story behind these performances.

Both businesses have had extraordinary success with Chinese consumers who are paying retail prices (there are stories of infant formula and vitamins being cleared from supermarket shelves) in Australia and being exported to China where the same products are selling for a multiple of the cost here. The main reason is that the Chinese consumer has a distrust of their own local equivalent products. There have been a number of deaths (and many more hospitalisations) as a result of babies consuming Chinese produced infant formula. It appears that Chinese mothers have a prejudice against formula that kills their babies and prefer BAL infant formula which they trust. It’s a similar story for BKL products which are also trusted by the Chinese consumer. Profits for both BAL and BKL have risen strongly and forecasts are for continued strong growth in profits and dividends over the next few years. However, as always, that is as they say history. What might we expect going forward? Are these trends sustainable? Are BAL and BKL high quality stocks with favourable prospects that are available at a rational price?

Both BAL and BKL are high quality businesses. Do they have favourable prospects? In the shorter term it would seem yes. It appears that entry barriers are fairly high from a combination of intellectual property, regulatory barriers and economies of scale. This gives competitive advantage and makes for high Returns on Equity (ROE) for BAL and BKL. However it may well be that these competitive advantages are not sustainable. High returns on ROE like this will inevitably attract increased competition if entry barriers are not sufficiently strong. The Chinese government is increasing regulation to bring some order (and hopefully trust) to their own local producers. It is also the case that other western producers of infant formula and vitamins etc. in North America and Europe that are not tarnished like the Chinese producers currently are will be attracted to the market. This means that over time it won’t be easy for BAL and BKL to maintain their high returns and growth rates. So there is some uncertainty as to how favourable their future prospects are. Can these stocks continue growing at current rates and can they maintain their ROEs?

Are current prices rational? Forecast profits, dividends and values are as follows:

The big difficulty here is that while the above looks precise there is a high degree of uncertainty with these forecasts. Future profits and dividends could quite easily turn out to be too optimistic (in which case BAL and BKL may now be despite recent price falls significantly overvalued) or pessimistic (in which case BAL and BKL may well still be undervalued). It is certainly however a brave assumption to base investing decisions on these levels of ROE being sustained over quite a few years unless entry barriers are very strong. It means that working out a rational price for BAL and BKL is a highly uncertain exercise. So just because BAL and BKL are high quality businesses with favourable prospects that are now 25% and 20% respectively below their peaks does not necessarily make them bargains. Which does not of course mean that the share prices for BAL and BKL can’t go significantly higher. However all this means is that one simply does not know whether you have the probabilities in your favour or not if you invest in BAL and BKL at current prices. There are other stocks in which to invest where one can have much more confidence that forecasts are more likely to be correct than incorrect thus putting the probabilities are in your favour.

Still it is nice to have a good news story in the current market. The other good news is that there are now more stocks that are high quality, have favourable prospects and can be bought at a rational price available. Time for me to go pop my BKL fish oil tablets washed down by a flat white from BAL milk formula.