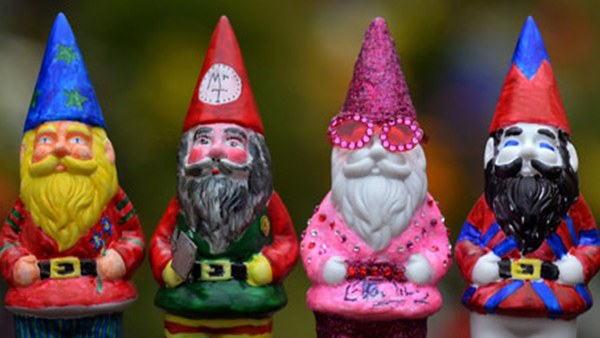 Why do we invest at least part of our portfolios in shares? For some like the tragic writing this blog it’s because the sharemarket is the end. However, for most of us, shares are just a means to an end. For investors in retirement usually the most important motivations are to generate income that will rise over time to meet increasing living costs and to preserve the purchasing power of investment capital over what could be many years (thirty to forty years is no longer unrealistic). For many retirees the biggest risk (albeit subtle to an extent) is not whether the value of their portfolio is up or down today but that of generating inadequate returns from their investment capital such that they eventually run out of money or have to reduce their standard of living. This is happening right now to some investors with term deposit only portfolios. The value of their capital has not dropped one dollar because of fluctuations in investment markets. However only getting 3% interest means that they are now drawing increasing amounts of precious retirement capital to meet the gap between interest earned and the cost of being alive. At least that is until the money runs out. Does not sound like a low-risk financial strategy to me.

So given how important having a rising income is to your long-term financial health how well positioned do you think investor share portfolios are to meet this most fundamental of investment objectives? When it comes to shares, the traditional wisdom is to invest in the so-called blue chips i.e. Australia’s largest companies. Many portfolios reflect a fair extent the makeup of the Australian market whether they are invested through managed superannuation funds (industry or retail), index or exchange traded funds or self-managed superannuation funds.

So far so good. However, the Australian sharemarket just happens to be one of the most concentrated (least diversified) developed country stock markets in the world. Banks represent 25% of the ASX200 index. The ten largest companies (listed below) represent 43% of the ASX200 index. One would intuitively think that a portfolio that is similar to the index is diversified. Appearances can be deceiving. So the first issue is that any portfolio that reflects the Australian ASX200 index is not well diversified. Diversification is one of the most basic risk management tools that an investor has.

As an example banks through their mortgage exposure now face long tail risk in the form of a possible collapse in prices in Australian residential property. While my view is that this is less rather than more likely, it is certainly possible. It has happened in the US and the UK in the last ten years. By most valuation metrics Australia has one of the most expensive residential property markets in the world. Do I hear the crescendo of objections? It can’t happen with Australian property because it is different this time or the Australian market is different, or they are not making any more of it (they weren’t making any more of it in the US and the UK either). Anyway, the point of this is not to argue whether or not it will happen. It is possible which means if you have banks as part of a well-diversified portfolio your overall financial position isn’t going to be jeopardized if we do get some rough times. If banks are 25% to 50% of your portfolio, and the what can’t happen in Australia does happen from a financial soundness retirement point of view, you could be up the well-known creek. Why take the risk (if the consequences are dire) even if it’s not the most likely outcome?

Anyway I digress. In recent times it hasn’t really mattered because performance has generally been ok for the big boys. We have been through a golden period for the banks with steadily rising dividends over a number of years. However, as Bob Dylan sang “The Times They Are A Changin”. When we look at Australia’s largest ten companies today we find that they are (with the exception of CSL) either mature (read little growth), in structural decline (going backwards), cyclically challenged (all over the shop) or just mediocre businesses.

The table below ranks these stocks from one to ten by size and details the historic dividends paid by these companies and, much more importantly, forecast consensus dividends (expressed as cents per share) over the next three years. Forecast growth in dividends for these stocks is not at all comforting for those investors who need a growing income stream over time. Forecast dividends are in bold.

To have the best chance of generating an increasing income stream over time share investment should be restricted to those stocks that are high quality (don’t want profits and dividends getting slashed) and have favourable prospects (if it is more likely than less likely that the company will be a bigger company in the future it is also more likely than less likely that dividends are going to increase). To protect the purchasing power of your capital you should only buy those stocks available at a rational (not overvalued) price. The table below details those stocks outside of the top ten but in the ASX100 that present as high quality businesses with favourable prospects. Not all of these stocks can be bought at this time at a reasonable price. While historic dividend growth in most cases is pretty impressive once again what is important is not the past but the future (i.e. forecast dividends).

As a share investor which of the above two income streams would you prefer? Which is more likely to give you greater financial security over the longer term?

Any stock that over time delivers sound dividend growth is also likely to deliver sound value growth which means sound capital appreciation (maintaining purchase power) unless an overvalued price was paid.
In practice there is room in portfolios for some of the stocks in the first table. The dividend yield today is certainly higher than for those stocks in the second table. Whether it will be in five or ten years is much less certain. And it is the longer term that we should be concerned with. The banks and Telstra do appear to represent reasonable value at current prices. Just don’t expect rapidly rising dividends or have too much of your portfolio there.

And there are certainly stocks in the second table that you wouldn’t buy today at current prices because, in some cases, they are significantly overvalued. Nevertheless in constructing a share portfolio designed to generate a rising income stream over time the second table is more where you should be looking. Or maybe the third table as well.

And then there is the third table which is high-quality businesses, have favourable prospects (including the potential for increasing dividends over a number of years) and are outside of the ASX100 (but may be in the ASX100 in the future). I won’t do a table otherwise I will give you statistical overload (maybe a future blog) but some examples that come to mind include Altium, Bapcor, Isentia, ARB, Blue Sky Alternative Investments, OFX Group, Retail Food Group, McMillan Shakespeare, Nick Scali, Pioneer Credit, Bellamy’s, Infomedia, Citadel Group, IPH, Breville and Sg Fleet Group. And more. While Nick Scali isn’t an ASX100 stock it has however just made the grade as an Australian retailer. They have opened a store in Hobart!

It’s the quality of a business and its future potential and not its size that is most important over time if you want a portfolio that is going to generate increasing income over time.

It should be noted that this blog contains no recommendations it is just providing information. You should seek advice if you are considering buying or selling any of these stocks. If you would like to discuss any of the stocks in this blog you are welcome to do so. Contact details are at www.lifestylefstas.com.au.

The big question, of course, is how well positioned is your portfolio to generate increasing income over time?